David Beckham spent the evening with James Corden and Dave Gardner in London yesterday. The pals laughed over dinner at C Restaurant in Mayfair, before heading to Guy Ritchie's pub The Punch Bowl. Guy was also at the watering hole, with his girlfriend Jacqui Ainsley. Dad-to-be James is firm friends with David, having hung out with Becks in Milan at the beginning of the year, and filmed that hilarious sketch in a bath together. After stripping shirtless in Australia this weekend during LA Galaxy's trip Down Under, David is now on home turf for the England 2018 World Cup bid. He'll be heading to Zurich again to back the bid alongside Prince William and David Cameron, and is battling yet more accusations of infidelity. 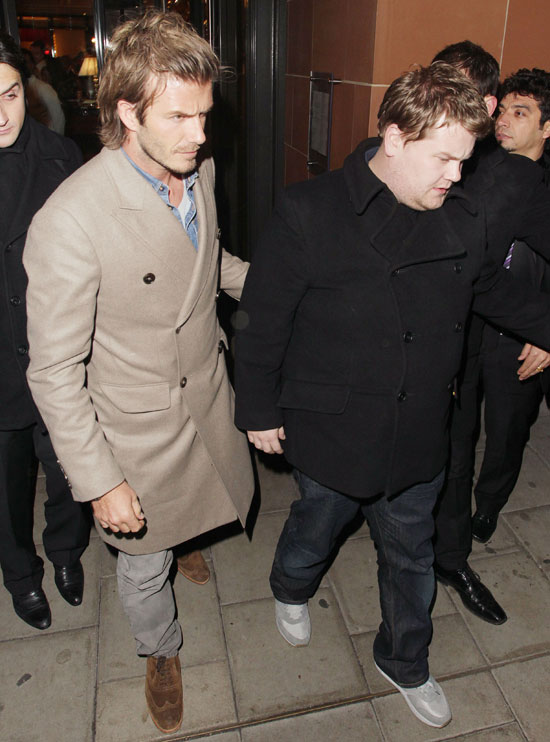