David Beckham warmed up and then watched his team LA Galaxy play New York Red Bulls in New Jersey on Saturday, after looking hot while training with them in California last week. He looked pensive for much of the game, but was all smiles when Galaxy won 1-0. Despite Fabio Capello's comments about David's retirement last week, former England manager Sven Goran Eriksson says he still has much to offer the squad. Meanwhile, in LA, his wife Victoria took Brooklyn, Romeo and Cruz to a park where she watched them play basketball. After her flight trouble in London, and refuting pregnancy rumours she looked relaxed in ripped jeans. 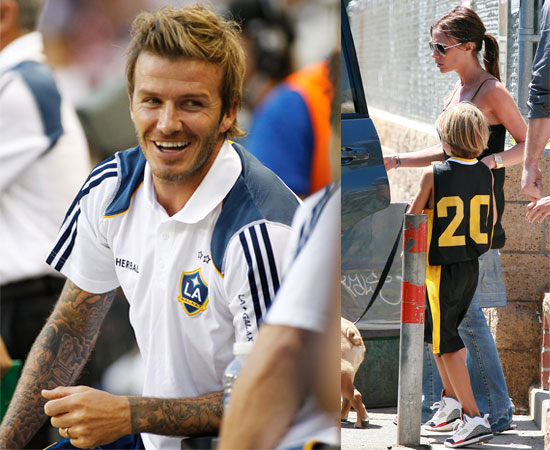