David Beckham grinned at a press conference in Sydney today. He's in Australia with LA Galaxy for an exhibition match at the weekend, and the team were greeted by the Premier of NSW. They will reportedly try out typically Australian pursuits while Down Under, including surfing, meeting koalas and wine tasting. David is without his family for the trip, explaining: "My wife and kids would obviously love to have been here but they're celebrating Thanksgiving and Victoria's just come back from a long trip working in Europe." Victoria has travelled from London to NYC to LA this month, and is now holding down the fort after David enjoyed time with his boys. He stayed diplomatic when asked about Australia's World Cup 2022 bid. Becks added he's focused on England's bid for the 2018 tournament, and he will be in Zurich next week with Prince William and David Cameron to meet with FIFA delegates. 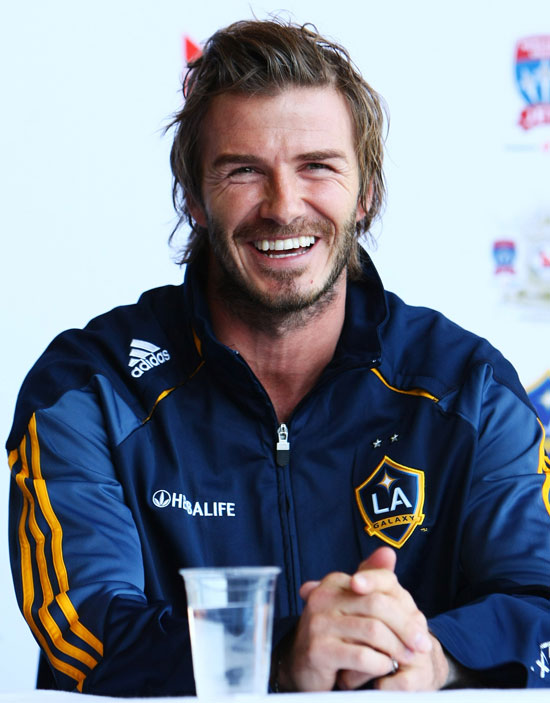