David Beckham hid under his cap at LAX yesterday as he left the US to join the England football team as they get ready for the World Cup. His buddy Tom Cruise is disappointed that David won't play in this year's World Cup, but he thinks that David will definitely play in the next one in 2014. Maybe we'll see some reactions like those he gave at last week's Lakers game while he's watching the England squad in South Africa. 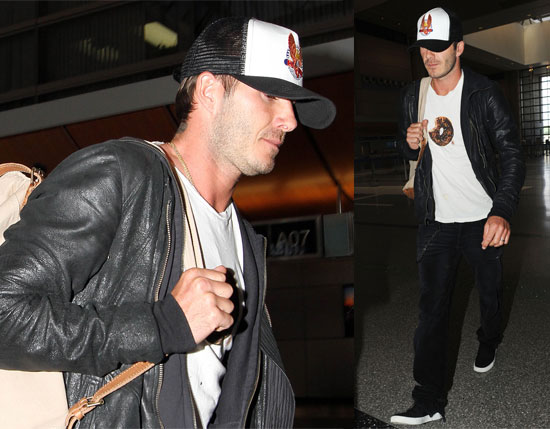