David Beckham and his familiar-looking hairstyle wrapped up warm in a shearling coat to watch Man United play Arsenal at Old Trafford yesterday. He smiled with good friend Gary Neville, and chatted with Sir Bobby Charlton and the Chilean miners. David flew to the UK with his boys this week to spend Christmas back home with Victoria, who's already in London following the British Fashion Awards. David has exciting events in the UK to look forward to next year, like William and Kate's wedding, but he's also got plenty to keep him occupied in LA, like the Midnight Boys Bike Club he's reportedly set up with Tom Cruise. 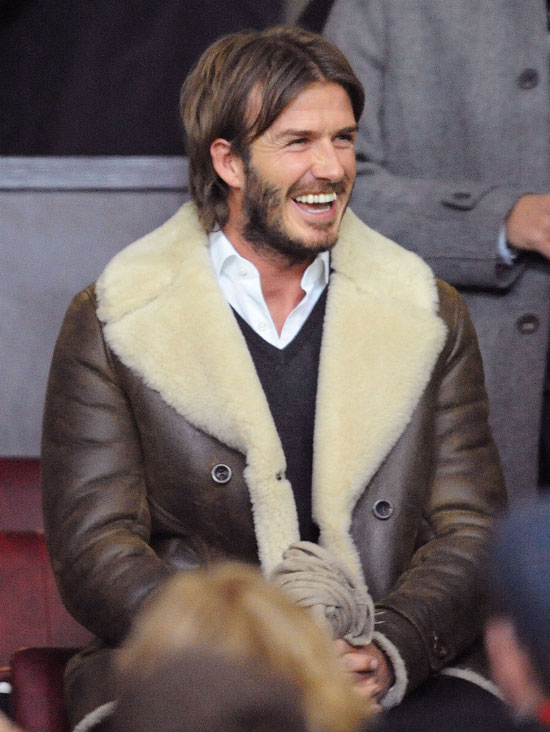