David Beckham had a big smile on his face as he enjoyed a different sport over the weekend with Orlando Bloom. The hot Brits watched Rafael Nadal beat Andy Murray at Wimbledon. Becks left the South of France and travelled back to Britain with Brooklyn to support his pal. Victoria also made a brief trip back to our shores last week, before celebrating her anniversay with her hubby yesterday. Following his Wolrd Cup disappointment, Becks is focused on playing for England again rather than taking on a managerial role. Newly engaged Orlando also had a warm glow as he enjoyed the tennis, while his burglary troubles were resolved. 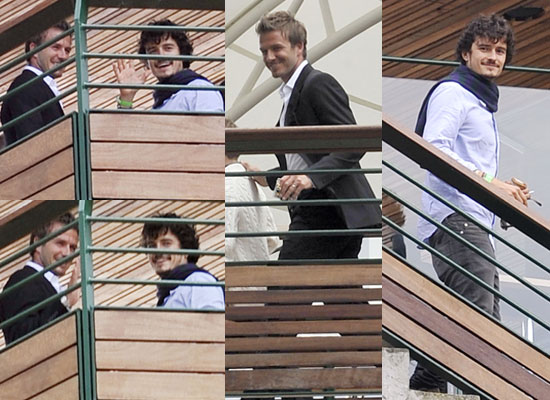 To see more of Becks and Orlando, just read more.