David Beckham chatted with Prince William and Prince Harry at a World Cup FA reception in Johannesberg on Saturday. The trio watched England play in Cape Town on Friday, and Wills said: "When the guys went into the changing room they were fairly upset with how they played, but by the time we finished, we’d laughed and joked. Harry and I behaved like idiots. We tried to get David in on the act as well, and the three of us tried to raise some spirits." There are reports Kate Middleton is moving in with Wills, who is celebrating his 28th birthday today: take a look at his life in pictures! Harry has been surrounded by less happy news, with claims Chelsy Davy has split up with him, but reports today suggest they're still together. 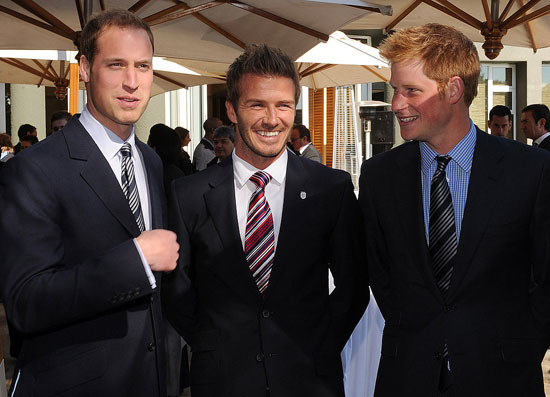 To see more pictures of the Princes and David, just read more.