David Beckham celebrated by sticking out his tongue yesterday after scoring his first goal of the season in LA Galaxy's match against Chivas USA in California. His sons were there to cheer him on, but unlike last weekend Victoria couldn't make it as she was at LAX for a flight to London with her own label bag. She tweeted she's excited to come back to our turf, where she'll be working on collections and Range Rover. The couple are facing yet more allegations, as David has been named in a divorce battle where the wife claims her husband thought they were having an affiar. Becks remains focused on legal action against infidelity accusations, depsite the fact she is now counter-suing on grounds of free speech. 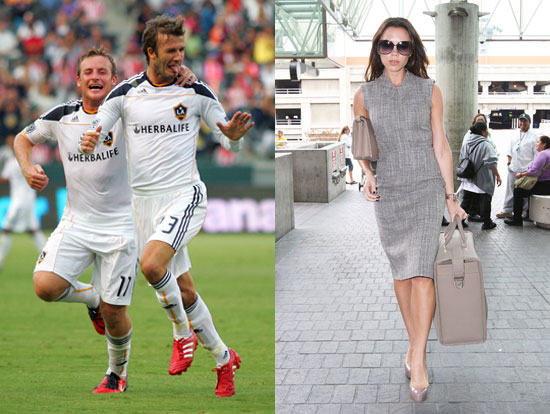