David Beckham was playing football yesterday at a semi-final playoff match with LA Galaxy in California, with Romeo, Cruz and Brooklyn watching from the stands. He stripped off shirtless after the game, showing off the band of his boxers and all his tattoos. David's underwear has been the focus of much attention due to his Armani campaign, and now it looks like he'll be following Victoria into the fashion world — David will be launching his own line of underwear for men. Victoria arrived at Heathrow airport yesterday looking chic in the cold weather. She and David feature on the front cover of Hello magazine, and inside they say their marriage is going strong partly thanks to weekly date nights. 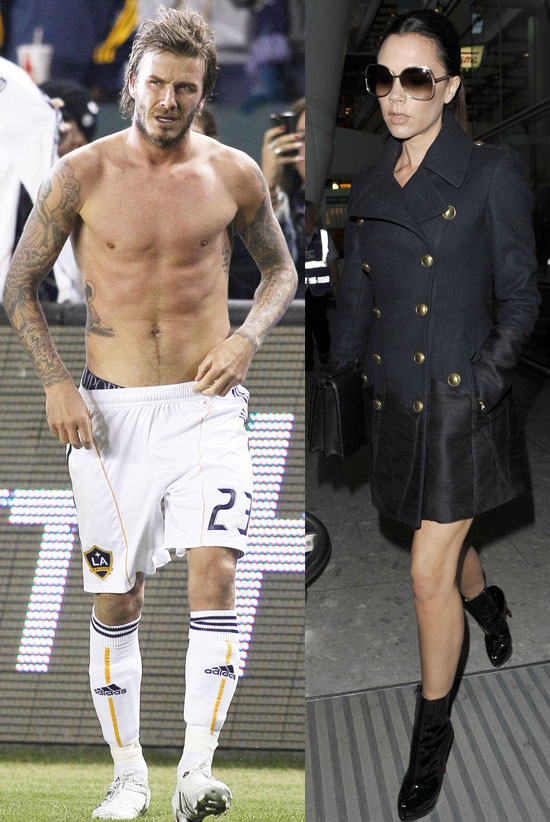