David Beckham gave us yet another treat as he got shirtless at LA Galaxy's game against the Philadelphia Union in Pennsylvania last night. His team's 1-0 win gave him more good news on the football front, after scoring his first goal of the season at the weekend. Becks even responded well to the crowd's boos, saying: "Without a doubt, it is the way it should be. That is the atmosphere in Europe when you go to an away game, and I really enjoyed it." David has reportedly taken a pay cut of almost £2million from one of his companies after its earnings dropped significantly. He is still the richest footballer in the world, however, and he's been covered in praise by Victoria Beckham, who called him "goddamn perfect". 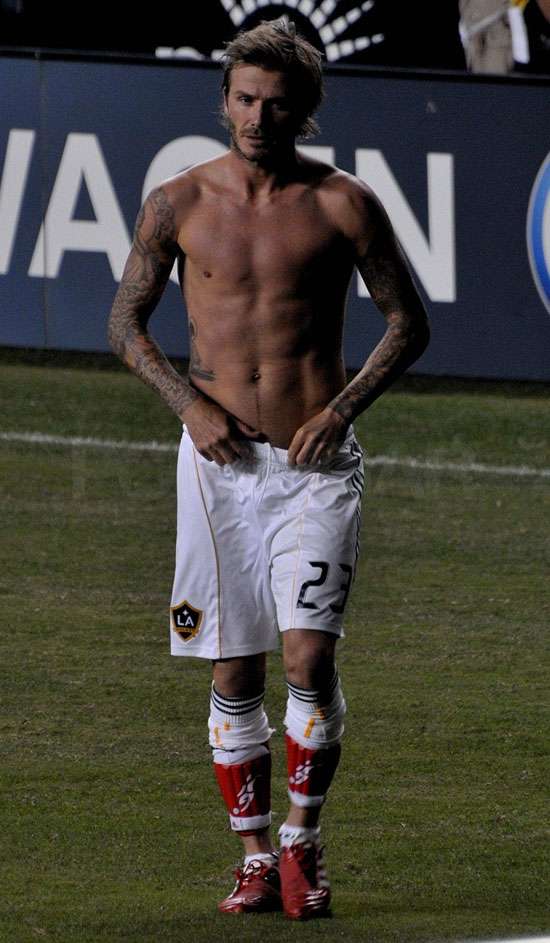