David Beckham smiled as he trained with LA Galaxy in California yesterday. He looked more calm than when he confronted a heckler at the Galaxy's match on Friday. The Beckhams are taking legal action following infidelity accusations, and will reportedly donate any money they receive to their children's charity, the Victoria and David Beckham Charitable Trust. Becks is taking his mind off the situation by focusing on football. He has revealed he's not sure he'll return to play in Europe, but he did reiterate his desire to play for England. 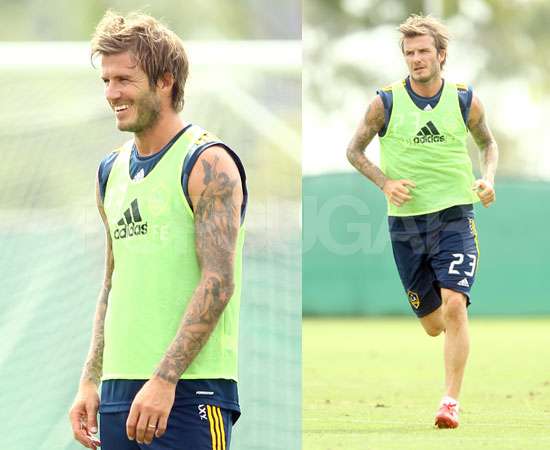