David Beckham is set to sue a US magazine after disputing reports he slept with prostitute Irma Nici in a New York hotel room in August 2007. He and Victoria are sticking together against these new infidelity allegations, their rep said: "The allegations that have been made are completely untrue and totally ridiculous, as the magazine was clearly told before publication. Sadly, we live in a world where a magazine can print lies and believe they can get away with it. We are taking legal action against the magazine." David arrived ready for practice at the Galaxy's training facilities in LA yesterday morning, in uniform after his shirtless moment at Saturday's game. 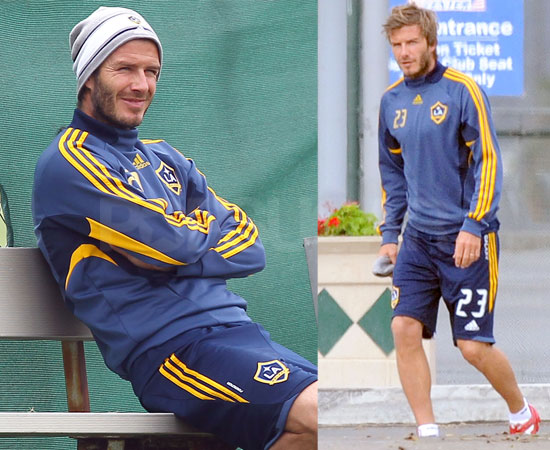