David Beckham was back on the pitch training with his LA football team Galaxy yesterday. Reports alleging that he had an affair with a prostitute in 2007 were published by a US mag this week, and he is in the process of legal action against them. He is demanding a front page apology from In Touch magazine, and his lawyers sent warnings before the story was published that he would take legal action. Today, David's lawyers are searching for Irma Nica who sold her alleged story, and it's reported that he'll be looking for £5million worth of damages from her. 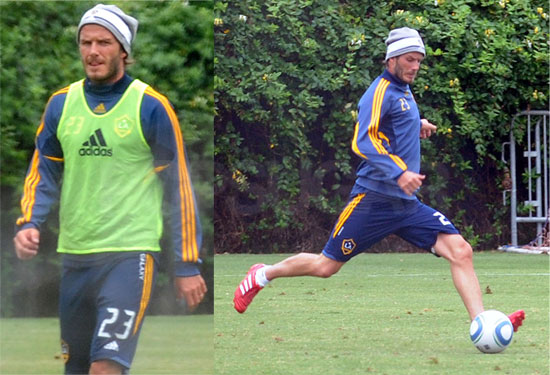