David Beckham and the England squad were full of smiles as they trained in Rustenburg this week. The team have been busy preparing for their World Cup match against Slovenia this afternoon, but there's been plenty of off-pitch shenanigans too. John Terry publicly criticised manager Fabio Capello following England's 0-0 draw against Algeria on Friday, and Frank Lampard addressed the situation at their press conference. Despite Capello's WAG ban, Carly Zucker has flown out to South Africa to join her hubby Joe Cole. Our lads have also got royal support, and Becks remains hopeful that we can get back on track if we win today. 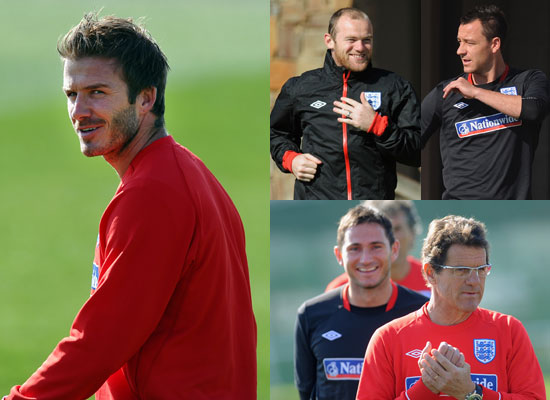 To see more pics of Becks and the squad, just read more.