David Beckham supported son Brooklyn at his football game in LA this weekend. He stood on the sidelines with Romeo and Cruz to cheer his son's team on, and then during half time he took to the pitch for a kickabout with his two youngest. He arrived back at LAX on Friday sporting some geek chic glasses and some expensive headphones, but he was sporting comfy gear at the side of the pitch. Unfortunately, he didn't repeat his shirtless celebration from LA Galaxy's Philadelphia game last week, which no doubt disappointed the football mums also watching their offspring. 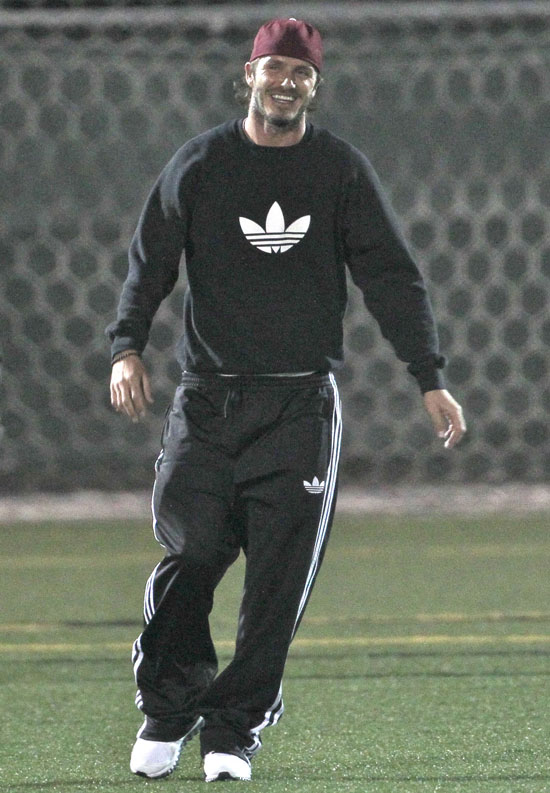