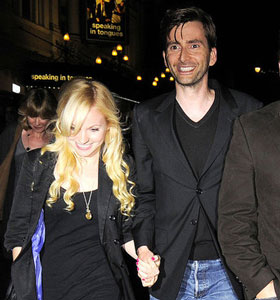 They've been dating since Georgia made a guest appearance on the BBC series as the Doctor's daughter back in 2008, and David apparently gets on well with her 8-year-old son.

Huge congratulations to David and Georgia!