Dev Patel and Jackson Rathbone looked smart as they posed with costar Nicola Peltz at a photocall for new movie The Last Airbender. Dev attended the New York premiere last week with his girlfriend Frieda Pinto, who recently Immortals alongside Jackson's Eclipse costar Kellan Lutz. Buzz didn't love this movie, but Dev is rumoured to be filming an appearance in the Skins movie this year with costar Nicholas Hoult, who has just been announced as playing Beast in the new teen X-Men movie. 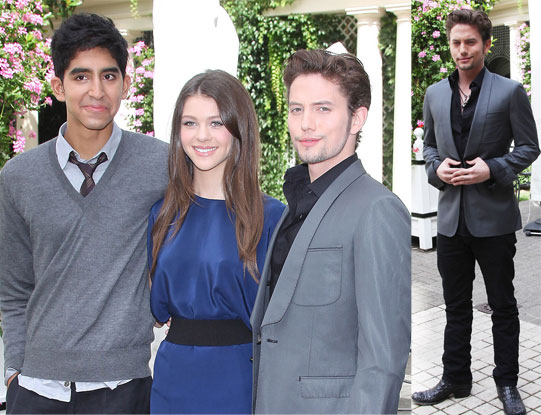