Diana Vickers posed and played tennis with 1987 champion Pat Cash at a photocall at Wimbledon yesterday. Pat gave her some tips as she practised her serve, and later she confessed she has a bit of a crush on him, saying: "He's lovely. I've got a thing for older men. My boyfriend's 27." While the lesson was short, Diana apparently brought along twenty outfits to choose from for the shoot. 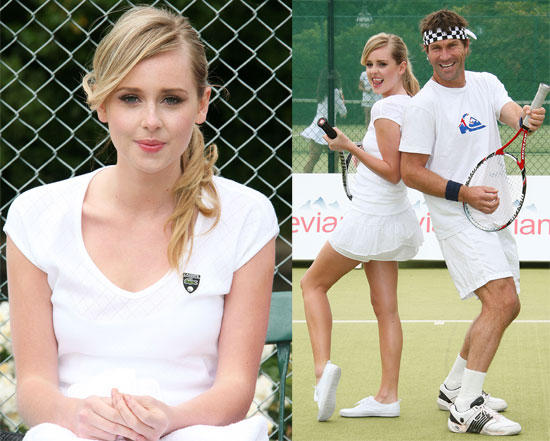