Diane Kruger cosied up to actor Dermot Mulroney last night at a home in LA where they toasted their new film Inhale. The duo star together in the thriller, in which they find themselves exploring the black market of organ donation in order to save their child's life. Fortunately, Diane spent her afternoon on a slightly more chipper topic when she was the guest of honor at a special lunch for Calvin Klein's Beauty fragrance. Diane, who's the face of the scent's ad campaign, also sported one of the brand's designs on Monday at Elle's Women in Hollywood event, where she shared all about which ladies she'd love to do a movie with. She spoke to Bella, though, about her boyfriend Joshua Jackson's style and smell, also revealing her thoughts on starting her own line. Diane said: 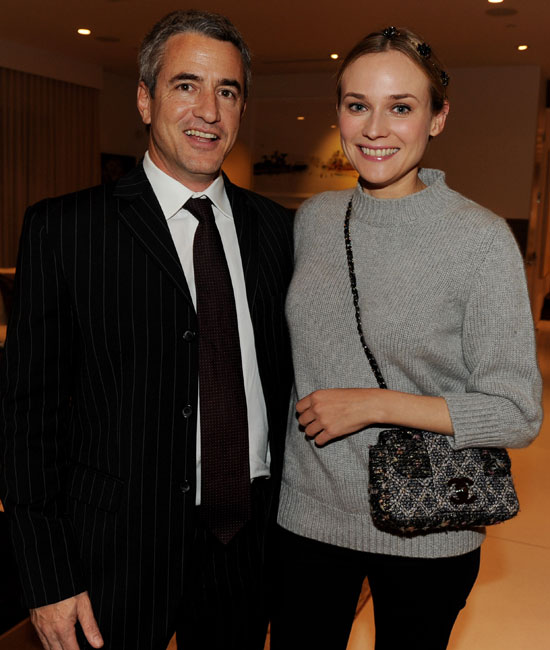 Stay tuned to Bella for lots more from their lunch with Diane tomorrow!