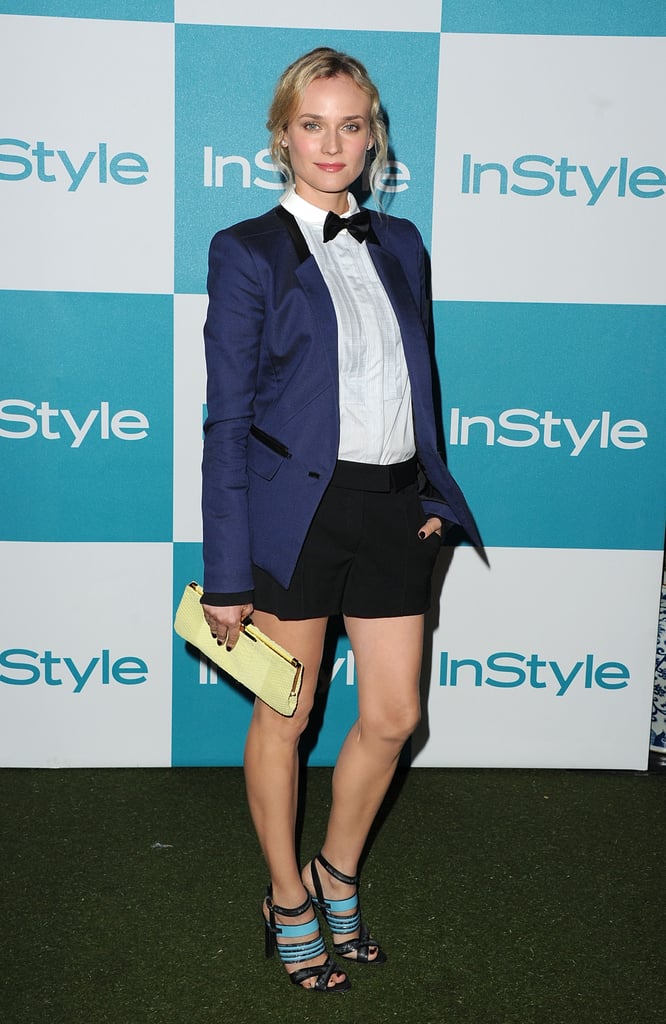 Diane Kruger rocked a shorts suit last night for a party thrown by InStyle. The bash, held inside West Hollywood's London Hotel, brought out other starlets like Jaime King, Lea Michele, and Jordana Brewster. Diane's ensemble was from her pal Jason Wu's resort collection — see what the other celebs wore to InStyle's Summer soirée. Diane had a night with her lady friends after a few fun outings with her main man, Joshua Jackson. They had a sweet day date last week checking out Captain America, as both Josh and Diane gear up for the return of his show Fringe on Sept. 23.