Drew had another busy day promoting Going the Distance yesterday, as she appeared on The Daily Show with Jon Stewart. She signed autographs in jeans and a stripy top, and then came out again to pose for photos in a cute miniskirt. Fab UK has all the details on how to get her look. Drew appeared on George Lopez's show this week, and shared her embarrassment that she'd got stuck in a rubber dress which had made her late for her interview. She also spilled that she hates flatscreen televisions and discussed the fact she's been writing 'breathe' on her arm. Drew revealed that she first met Justin Long about eight years ago at a Halloween party at the Playboy mansion, and the "soft core" Playboy mansion names they gave each other. Check out the interview after the jump! 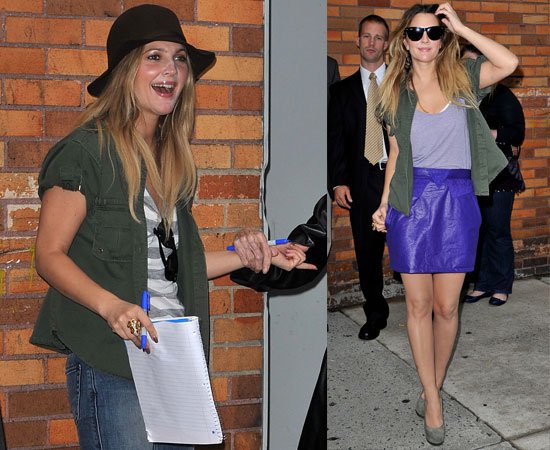 To see more photos of Drew, and watch her interviews, just read more.