After all the stars walked the red carpet at the UK premiere of Eclipse last night, they gathered together to party the night away in London. Joe Jonas posed solo, after smiling with Nikki Reed earlier in the evening. Booboo Stewart and Kellan Lutz gave their best smouldering looks for the cameras, after greeting fans outside with the other male stars of the film. There was no sign of shimmering Ashley Greene at the party, but Xavier Samuel's girlfriend provided plenty of sparkle. He told me she is a big fan of Twilight. Stay tuned for my top moments! 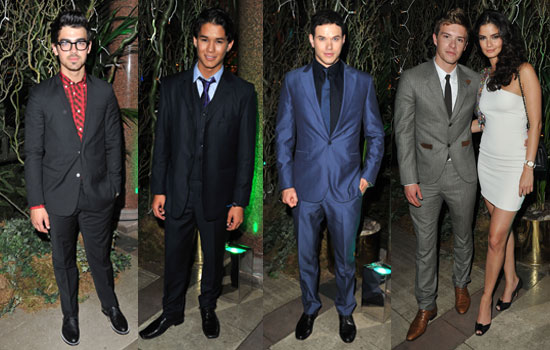