After all the celebrities walked the red carpet at the GQ Men of the Year Awards last night, they headed inside for the ceremony. Breakthrough Talent winner Ed Westwick posed with Lily Allen, while Woman of the Year Gemma Arterton cosied up with Nicholas Hoult. Noel Gallagher congratulated Jason Statham on his Editor's Special Award, and Damon Albarn posed with Gorillaz's gong for Best Band. Martin Scorsese presented Giorgio Armani with his gong for Designer of the Year. Find out who else won an award. 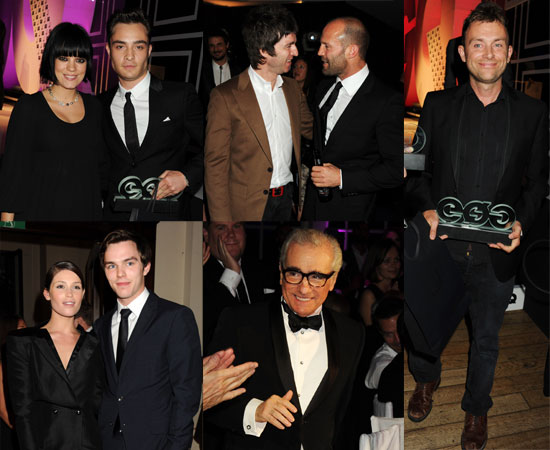 Plenty of couples were celebrating too. International Male Jon Hamm sat with his girlfriend, Jennifer Westfeldt, while James Corden got a kiss from his girlfriend as he won the Comedian prize. Daisy Lowe chatted with her ex Mark Ronson and also posed proudly with her new man Matt Smith, who was named Actor of the Year. Most Stylish Man Aaron Johnson had Sam Taylor-Wood by his side at the ceremony. 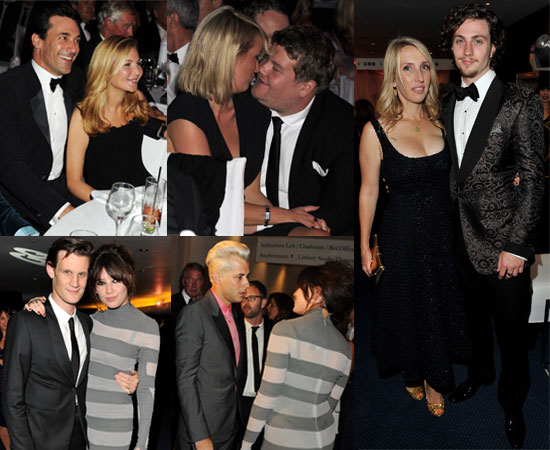 To see lots more pictures of the ceremony and afterparty, just read more.