The Gossip Girl cast were hard at work filming in NYC yesterday, with Ed Westwick changing from his casual clothes into two different outfits as Chuck Bass. When he arrived on set Ed was wearing black skinny jeans and a Marlon Brando vest top in the hot weather, and then changed into Chuck's signature suits to film scenes alongside Clemence Poesy. After the excitement of the first images of a brunette Blake Lively in The Green Lantern, she was on set wearing a billowing dress. Leighton was also out and about in the leopard-print number we saw her in earlier this week. 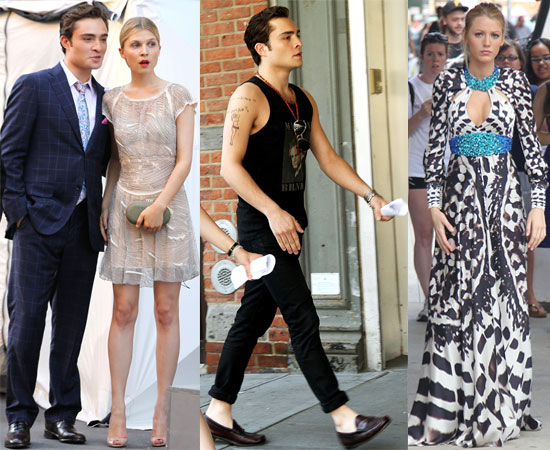