Ed Westwick posed for pictures as he started work on The Commuter in London yesterday. He stars in the short film, which is shot on the Nokia N8, with Dev Patel and Pamela Anderson. After filming scenes in NYC for Gossip Girl with Leighton Meester last week, Ed is back on home turf for his latest project. He revealed that he's often mistaken for another British export, saying: "People come up to me so many times and think I'm Robert Pattinson and it's so bizarre but it's good company to be in". 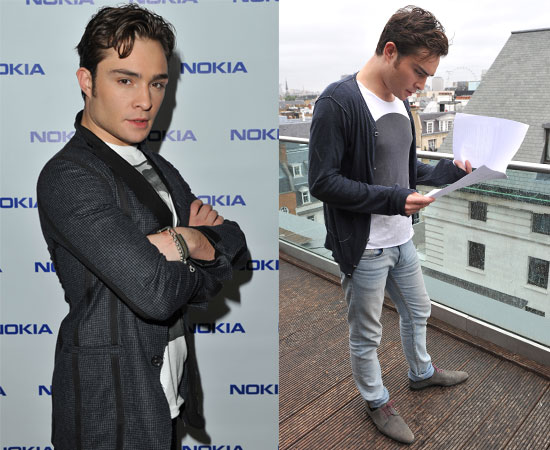 Image Source: WireImage
The CommuterEd WestwickDev Patel
Around The Web