Ed Westwick chatted on his phone as he arrived at JFK Airport yesterday. He was in the same hat he wore for a date with Jessica Szohr in London the previous night. The Gossip Girl costars were enjoying a holiday on Ed's home turf, and showing us that their relationship is very much still on. Rumours of a split started at the beginning of April, but Jessica denied the reports. Ed was then spotted on a night out with a brunette at the end of that month, but by mid-May the couple were together again in public with shopping trips and sweet PDA-fests. 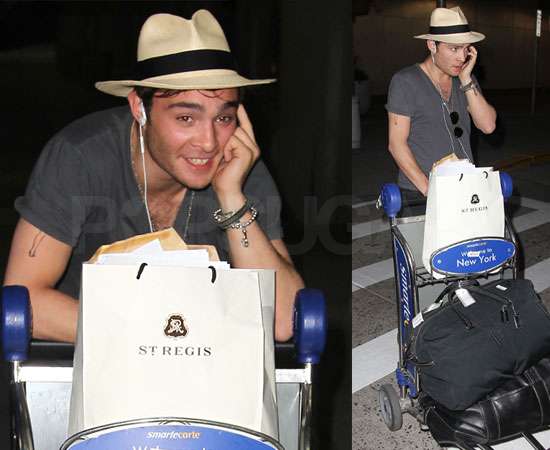