Ed Westwick took some time off from his promo duties in Australia to go shopping in Sydney yesterday. The Gossip Girl star wore favourite colourful shoes, which PopSugar Australia asked him about when she met him. Ed said: "My maroon shoes? They’re actually a red/burgundy. I got them last week in a little store in Williamsburg, Brooklyn. I got them in blue as well." It sounds like style is as important to Ed as it is to Chuck, as when PopOz asked him what he looks for in a girl he said: "A good sense of dress, one that brings through their sense of self. A good sense of humour. Someone who’s not afraid to open up." Ed may well be on the lookout for new women, as he revealed he's not tied down to Jessica Szohr. 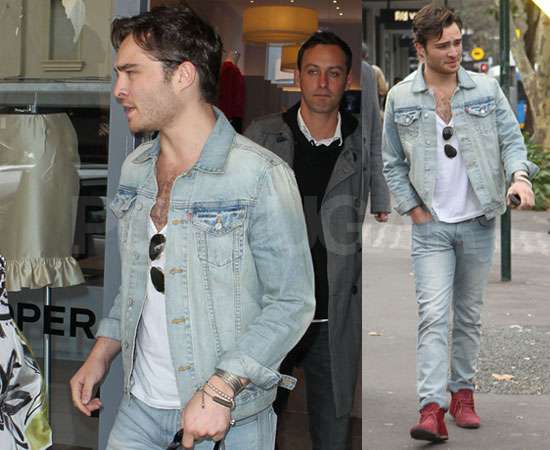