Elle Fanning posed with her onscreen dad Stephen Dorff and director Sofia Coppola at the LA premiere of Somewhere last night. The trio reunited at the Louis Vuitton-hosted event after Sofia and Stephen attended the film's Parisian debut last month. Elle is following in her older sister Dakota's actor footsteps by taking on more mature projects. The younger Fanning recently signed on to work with another big-name director, Cameron Crowe, in the upcoming adaptation of We Bought a Zoo. Somewhere is out in limited release around Christmas and most of you are excited to have hot, sometimes shirtless, Stephen back in the spotlight. 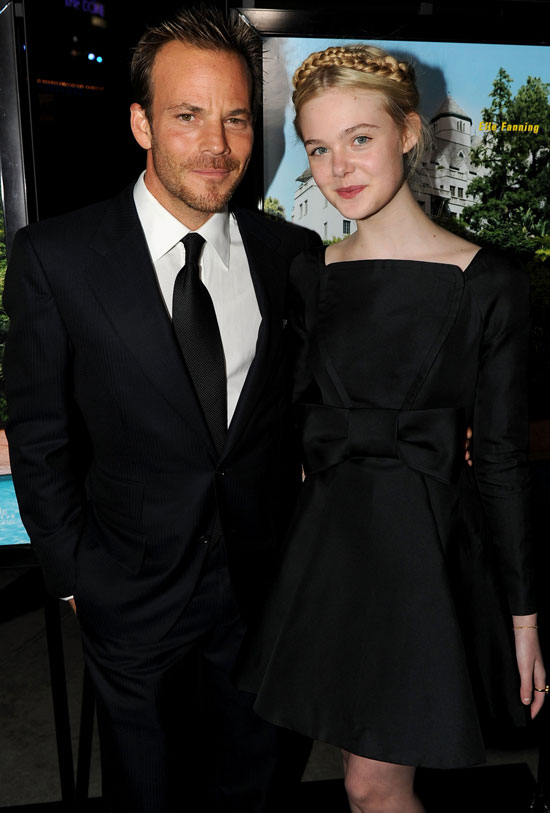