We've already had a sneak peek at The Wizarding World of Harry Potter, and stars from the films got to experience the theme park first hand yesterday, before it opens on 18 June. Emma Watson was joined by Harry Potter cotars Robbie Coltrane, Matthew Lewis, and Oliver and James Phelps. She's in the running for best female performance at next month's MTV Movie Awards, and performance of the year at next week's National Movie Awards. The actress is also in talks to star in the film adaptation of The Perks of Being a Wallflower. 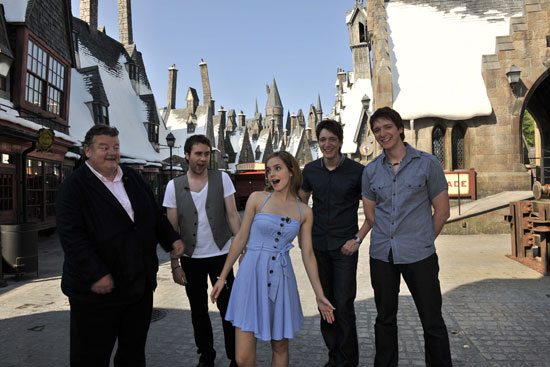