Emma Watson arrived at Heathrow Airport in a cute outfit yesterday. She returned to Brown at the beginning of the month, and tweeted about how great it is to be back at uni. Like lots of other celebs before her, Emma is managing to combine study with her day job. She is keeping up with her clothing line, and has still found time to party with pals. A month ago, Emma announced the 100 day countdown to the release of Harry Potter and the Deathly Hallows, and since then we've been treated to new stills and yet more images from the final movies in a series which Emma claims doesn't sell sex, in contrast to Twilight. A brand new TV spot trailer has been released to get us even more excited: check it out after the jump! 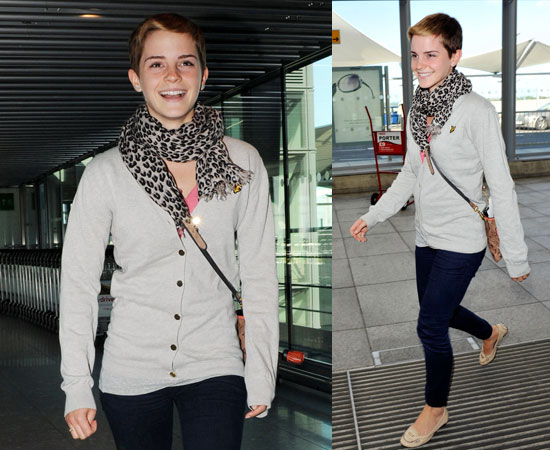 To watch the clip and see more pictures of Emma, just read more.