Emma Watson laughed as she left a club in Soho with a male companion this week. There's been some confusion about the status of her relationship with George Craig, but as he was also getting close to someone new this week it looks like the couple have parted ways. The Harry Potter actress is in London to film My Week With Marilyn alongside Michelle Williams, and was seen on set wearing a wig over her short locks. Emma graces the December covers of American Marie Claire and British Vogue as she gears up for the world premiere of Harry Potter and the Deathly Hallows, which will be held in London on Nov. 11. 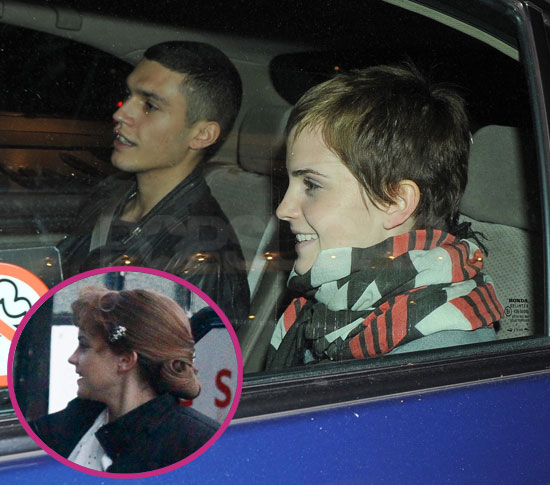