Emma Watson debuted her new short hairstyle as she caught a cab in New York this week. The majority of you like her fresh look, and Emma herself says it "feels incredible", adding: "I've wanted to do this for years and years; it's the most liberating thing ever". The Harry Potter star posted a message on Facebook about the promo she's doing for the latest film in the series before returning to Brown, saying "Lots of things going on — it's been a busy summer!" Emma will have a bit more free time following reports that she's been dropped by Burberry and replaced by Rosie Huntington-Whiteley. While Emma makes headlines with her hair, Daniel Radcliffe's been hitting the news thanks to trips out with his new girlfriend. 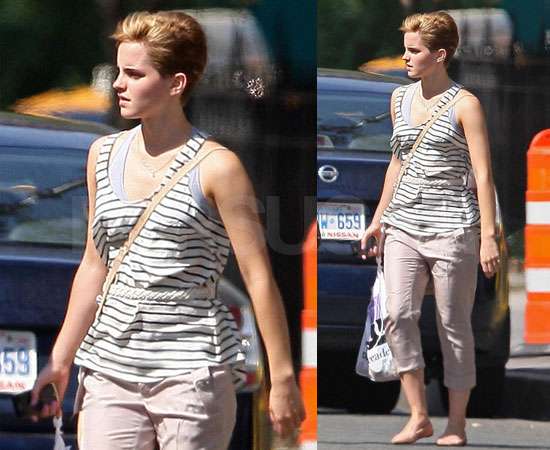