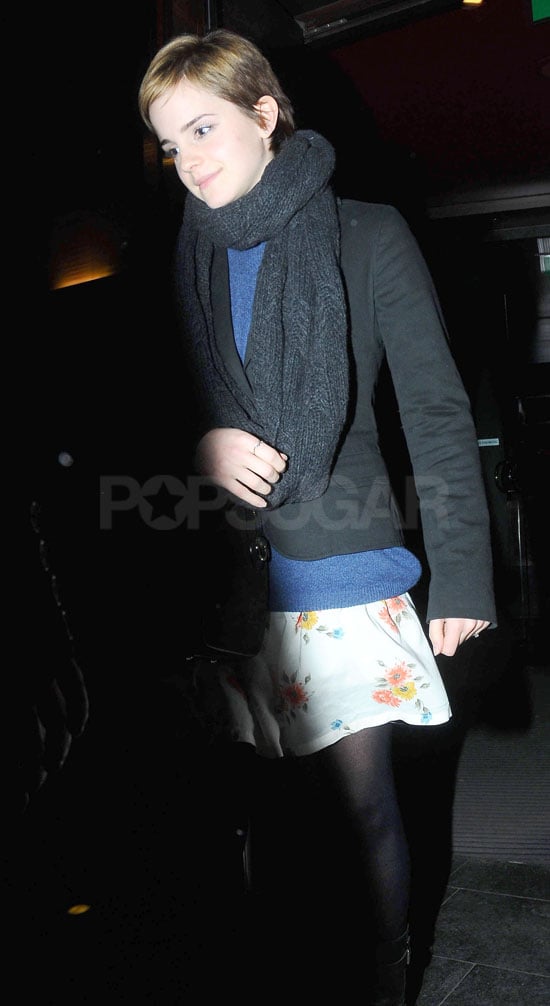 Emma Watson wrapped up warm for a night out in London yesterday. She had a headline-making year with the release of Harry Potter and the Deathly Hallows Part I, and Emma has ended 2010 triumphant by being named your favourite British actress. She returned to the UK earlier this month and has confirmed she's reshooting Deathly Hallows Part II scenes with Daniel Radcliffe and Rupert Grint over the festive period at Leavesden, saying it "feels strange to be back". Emma has tweeted about how great it is to be home and feeling Christmassy, and she's not letting the snow stop her from going out.