Emma Watson flew from London to New York at the weekend after the world premiere of Harry Potter and the Deathly Hallows. The East Coast premiere took place last night, and Emma also appeared on David Letterman's show. Emma arrived at the studio in a grey jumper, and then posed in a smart coat, which she shed to show off a sparkly minidress on air. She spoke about cutting her hair and said most women get their hair cut during a breakup, and that she was "going through the Harry Potter breakup". Emma also chatted about the culture gap she found at Uni, did an American accent, and discussed what she might do with her History major. Watch a clip under the cut! 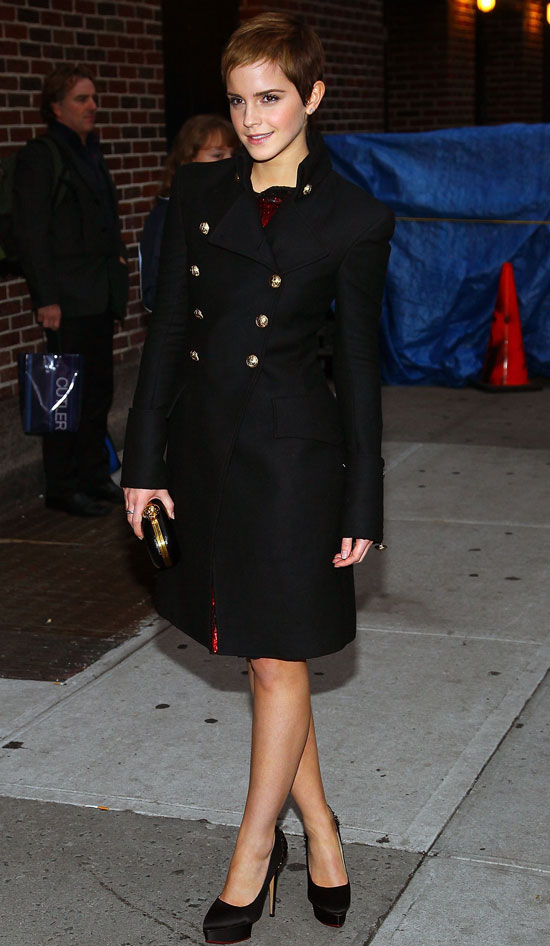 To see a clip of Emma chatting to David, and more photos, just read more.