The World Cup is over for England after Germany beat us 4-1 in South Africa yesterday. Some — including Fabio Capello — are blaming the team's loss on their spirit being broken after Frank Lampard's goal was disallowed. That would have seen the score equal at 2-2 after Matthew Upson's goal, but the decision was made that the ball didn't go over the line despite replays showing it clearly did. Wayne Rooney had a heated discussion with the referee about it, while David Beckham was seen estimating the distance it had gone into the goal with his hands. After that Germany scored twice and we were out of the running for the trophy. Will you still watch the tournament now we're out? 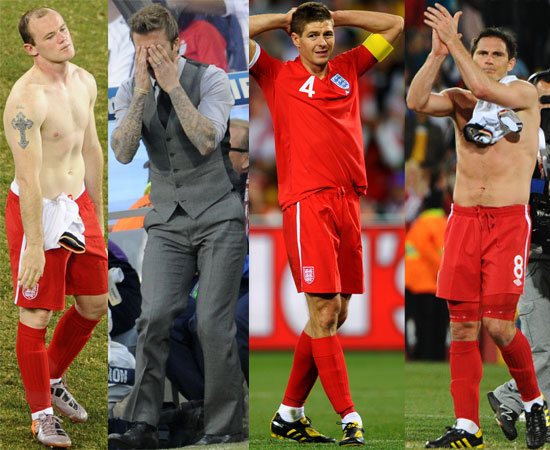 To see more photos of the boys playing and commiserating, including Mick Jagger and lots more David, just read more.