Evanna Lynch and Clemence Poesy attended the premiere of Harry Potter and the Deathly Hallows Part I in Tours yesterday. They were joined by a dashing Matt Lewis, who looked rather different to his character Neville Longbottom, the Weasley twins Oliver and James Phelps, and the boys' on-screen dad Mark Williams, who posed on Hagrid's motorbike. The cast have been busy promoting their movie all over the world, from London, New York and Ireland to Japan and Mexico. The hard work has paid off, as the film is breaking box office records in the UK and the US. Join in on the fun with our quizzes, games, and pictures. 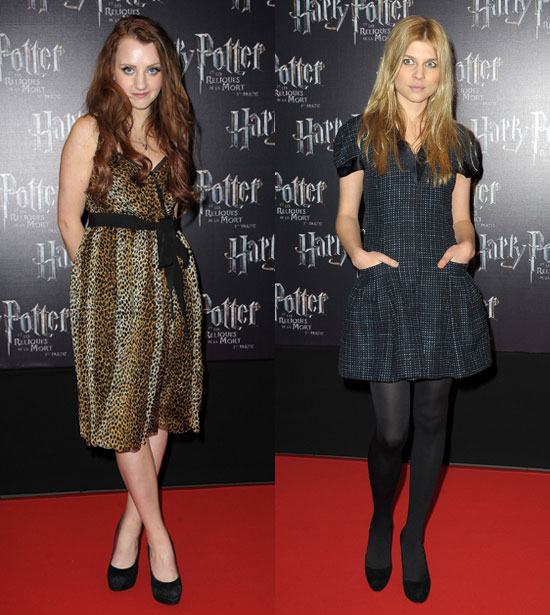 To see more pictures of the castmembers at the premiere, just read more.