Domhnall Gleeson and Evanna Lynch represented the Harry Potter cast at the Irish premiere of Harry Potter and the Deathly Hallows Part I in Dublin yesterday. The duo, who play Bill Weasley and Luna Lovegood, were on their home turf, while Emma Watson, Daniel Radcliffe and Rupert Grint attended the New York premiere where they chatted with PopUS! Evanna joined the cast for the London premiere and afterparty last week. She's showing off a darker hair colour compared to her character Luna's blonde locks, and the majority of you love it. 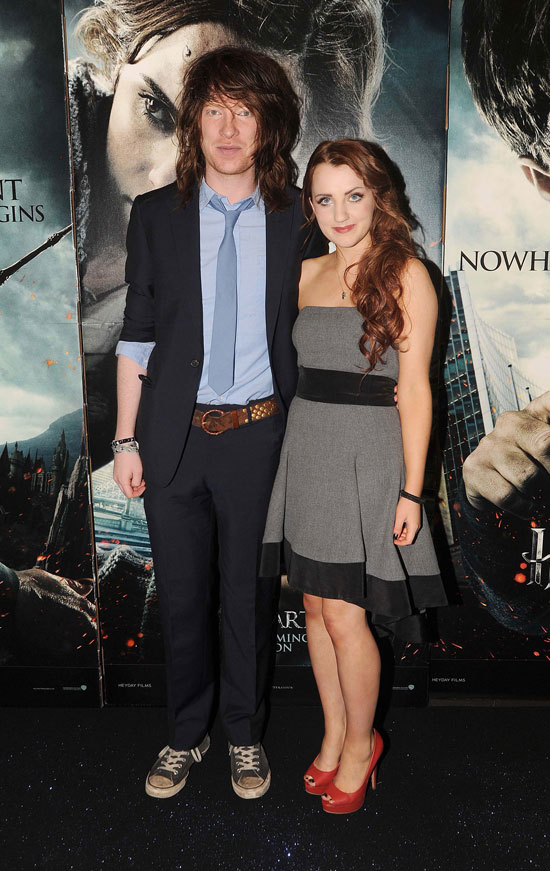