Corin, John James, Sam Pepper and Steve were spotted leaving their hotel in London this afternoon. The foursome were evicted from Big Brother 11 on Friday, just missing out on tonight's grand finale. They'll no doubt be heading to the studios to watch the final five exit the house this evening, and to see who goes in to compete in Ultimate Big Brother. Whoever comes out victorious will be the eleventh in the list of previous winners. To get in the mood for the show, play my faceoff game, which pits contestants from all 11 seasons against each other as I ask the question: who would you rather live with? Stay tuned for pictures from the final! 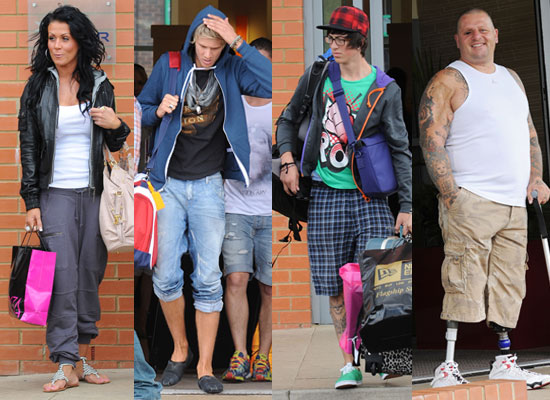