Ewan McGregor was at the 30th Anniversary screening of Star Wars movie The Empire Strikes Back last night in LA, looking cool on the red carpet in his shades and his scarf. He said he was nine when it first came out and wore out the video tape, knowing every line of the film. Of course, later he became a part of the series, playing the young Obi Wan Kenobi. We'll see more of Ewan on the big screen soon too, as Terry Gilliam announced that he'll star in The Legend of Don Quixote, plus he'll also be in a new project with Emily Blunt. 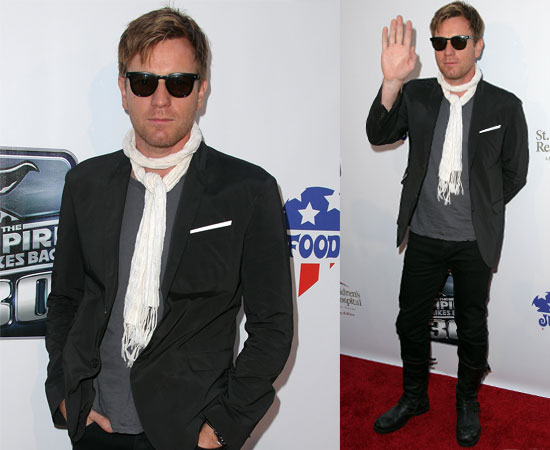