Lily Allen has a few reasons to celebrate this afternoon as she's won three Ivor Novello awards. She's taking home both trophies that she was nominated for, plus the award for songwriters of the year alongside Greg Kurstin. After her second win she was overcome with tears, and her dad Keith and little sister Teddy were in the audience. Bat for Lashes aka Natasha Khan also won an award for her song "Daniel", while Paolo Nutini won best album. Dizzee Rascal and Noel Gallagher were among the guests. 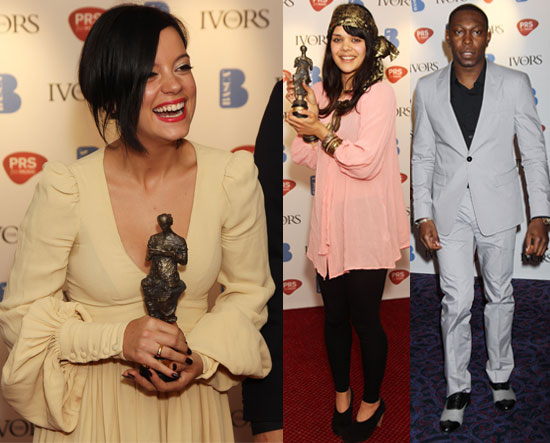 To see more photos of the arrivals and a full list of the award winners, just read more

PRS FOR MUSIC MOST PERFORMED WORK

SONGWRITERS OF THE YEAR