Take That were at Radio 2 yesterday, co-presenting Steve Wright's afternoon show. Gary, Howard and Mark shared the first weather bulletin and Robbie and Jason premiered some of the tracks from the new album Progress, which is out on Monday. They also picked their own favourite songs to play — Gary choosing Katy Perry and Lady Gaga — and talked about everything from UFOs to plastic surgery. You can listen to some of the highlights here. Howard was on crutches after sustaining an injury in the gym, though he'll be off the crutches for their performance on The X Factor tomorrow night. Don't forget to let me know if you'll watch their documentary Look Back, Don't Stare tonight on ITV1 at 9.30pm. 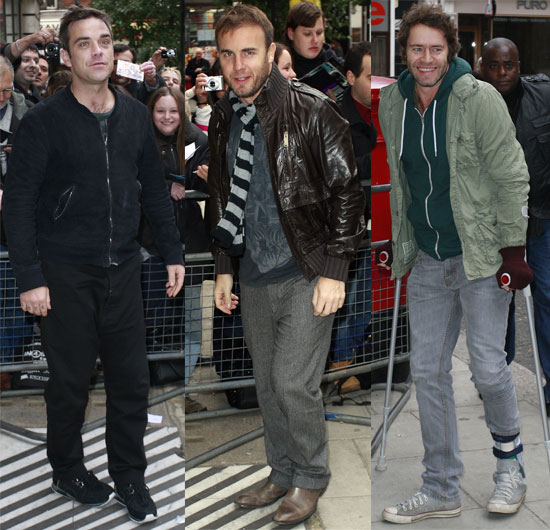 There are more pictures including Mark Owen and Jason Orange, so just keep reading.