The stars came out last night to celebrate GQ's Men of the Year at the Royal Opera House in London. Gemma Atwell was on the red carpet again, after premiering Tamara Drewe on Monday. She was named Woman on the Year, taking the crown from Lily Allen who won the award last year. Lily brought her growing baby bump, and Alexa Chung and Hayley Atwell were also amongst the other women there to congratulate the men on their success. FabUK wants to know: do you prefer that yellow dress on Hayley or Ashley Greene? 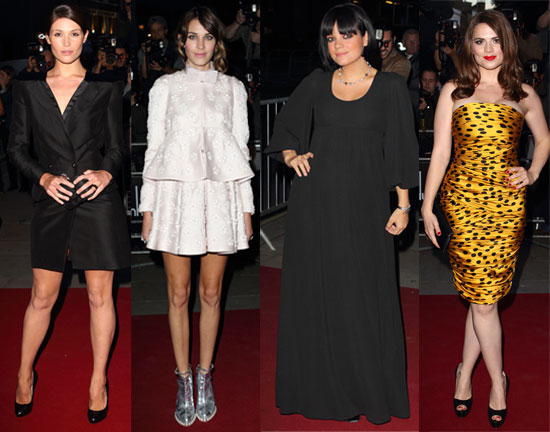 Mad Men's Jon Hamm was named International Male, while Ben Affleck was in Venice promoting their movie The Town. Mark Ronson and his bleached hair attended too, and Ed Westwick won the Breakthrough Talent Award. Aaron Johnson was named Most Stylish Man, and was looking very smart after enjoying casual days and nights out with Sam Taylor-Wood this week. See the full list of winners after the jump! 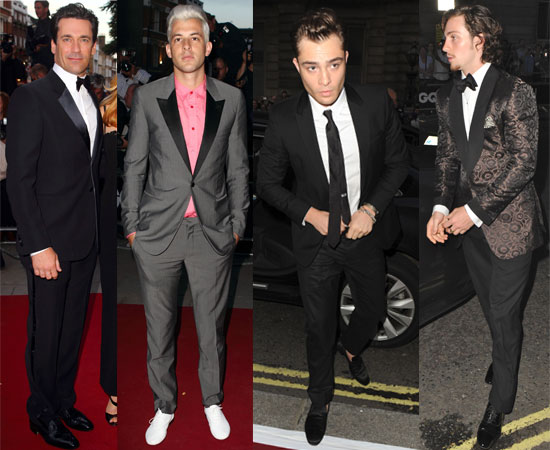