George Clooney met with President Obama this week to discuss the situation in Sudan, after he travelled there earlier this month with NBC. After an appearance on The Today Show, where he discussed an unusual "blessing", George arrived at the airport in Washington DC today with his hands full of his bags and mobile phone. Politics is dominating his Hollywood projects too, as George will be directing Ryan Gosling in political drama Farragut North. 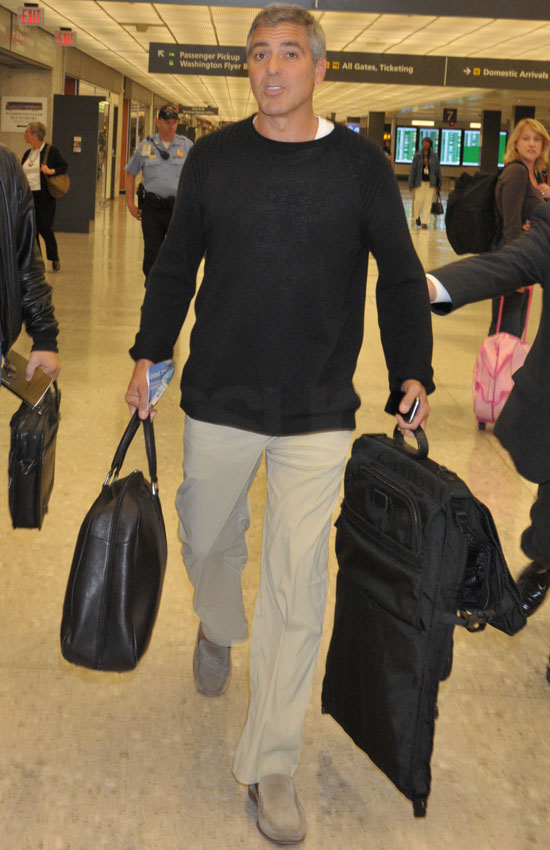