George Clooney stepped out in a suit yesterday in NYC. The actor, who has twice been named the Sexiest Man Alive by People, welcomes newcomer Ryan Reynolds to the good looking ranks after the Green Lantern star picked up this year's honour. George has taken his handsome face all around the world in recent months, visiting Sudan earlier this Autumn before stopping in DC to meet with President Obama. He was next off to LA, where he found the time to drum up a few laughs for charity. George let off some steam after all his good work by slipping away to Mexico to enjoy a vacation with his bikini-clad girlfriend Elisabetta Canalis. 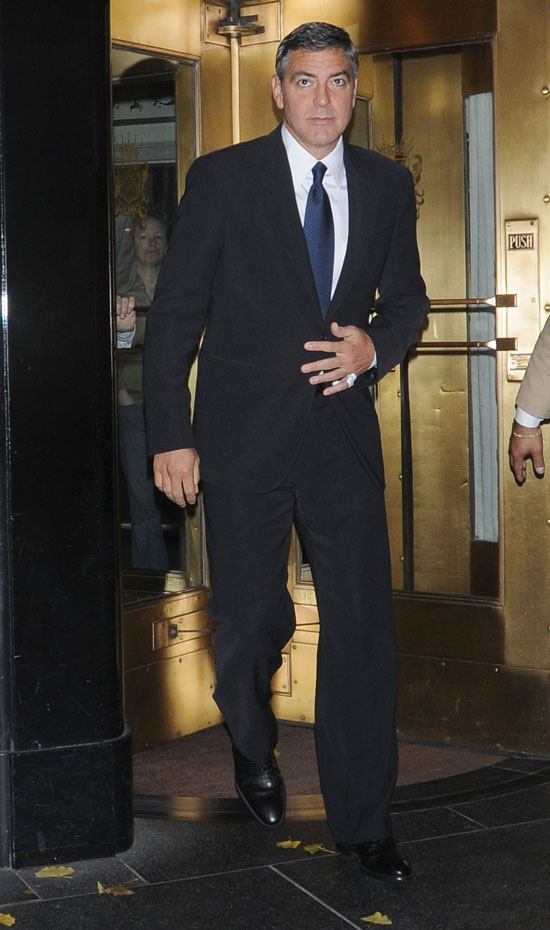