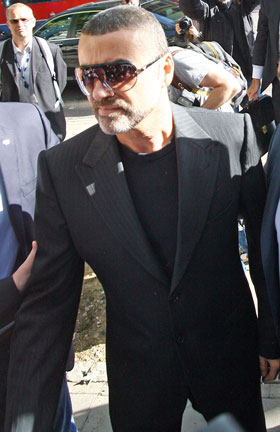 George Michael pleaded guilty today to charges of driving under the influence of drugs, and cannabis possession.

The incident happened in July, when he drove into a Snappy Snaps shop on Hampstead High Street and then he was charged earlier this month.

In May 2007 George admitted a charge of driving under the influence of drugs when police found his car obstructing traffic lights in Cricklewood.

George arrived at Highbury Magistrates Court this morning to enter his plea, surrounded by photographers.