George Michael has been given an eight-week sentence and £1,250 fine at Highbury Corner Magistrates Court today, after he pleased guilty to driving while under the influence of drugs. The singer was arrested earlier in the Summer after crashing his car in to a shop front. He was charged with possession of cannabis and DUI. He will reportedly serve four weeks in prison, and the rest of the time will be spent under the supervision of the probation service. 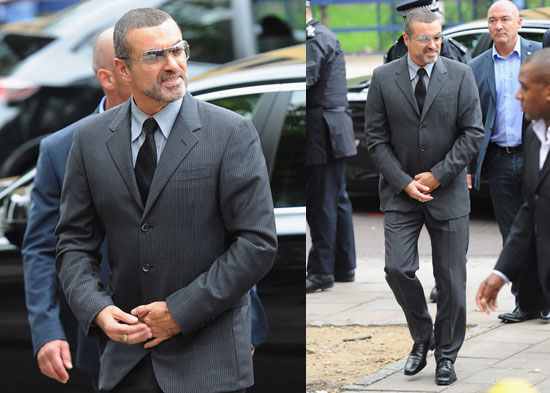