Geri Halliwell and Henry Beckwith enjoyed the sun at Club 55 in St Tropez over the weekend. The couple were in the South of France in June, and also holidayed in the same spot this time last year. Geri changed out of her dress and heels in to a bikini and joined shirtless Henry for a ride on a speedboat. The first episode of The X Factor aired on Saturday, which included Geri's guest judge appearance. She said she felt like the bad guy at the Glasgow auditions and received some boos from the audience, but revealed that she learned to like it! 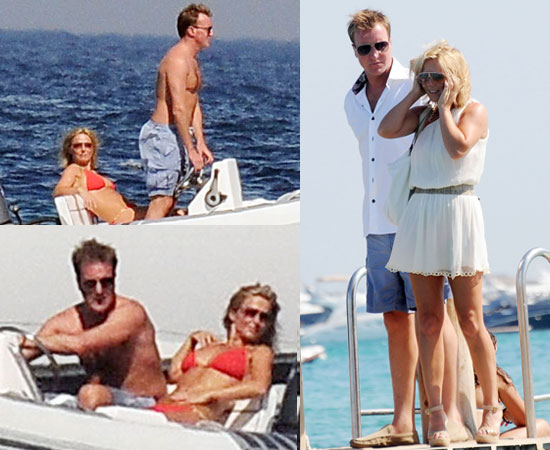