Lots of lovely ladies were honoured at last night's Glamour Women of the Year Awards in London. Cheryl Cole was back in red carpet clothes after performing on stage to pick up Woman of the Year. Lily Allen was named Solo Artist of the Year, having caused controversy by claiming the Brit Awards are fixed. Winners included Fearne Cotton, who was awarded the Radio Personality gong, and Anna Kendrick, who received the Editor's Special Award. 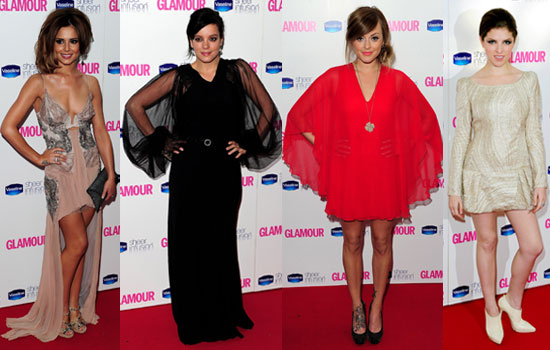 Zoe Saldana was named Film Actress of the Year and Nicole Richie received an award as Entrepreneur of the Year. Rachel Stevens glowed with her baby bump, while Denise Van Outen continued to show off her post-pregnancy figure. Aaron Johnson and Sam Taylor-Wood both received awards after their PDA-fest earlier in the day. Loads more stars were honoured at the ceremony, including Billie Piper, Alexandra Burke, Florence Welch and Yoko Ono. 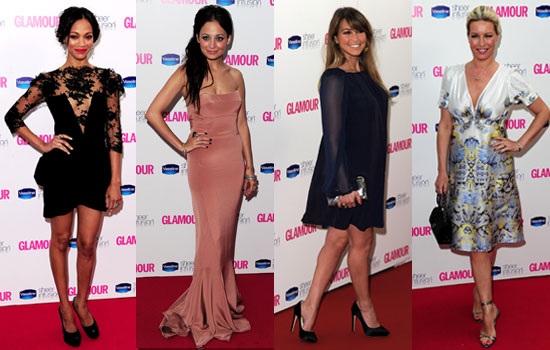