The Glee cast arrived in London on Friday and partied at Mahiki on Saturday night. Cory Monteith, Dianna Agron, Mark Salling and Kevin McHale were joined by castmates Naya Rivera, Harry Shum Jr, Heather Morris and Jenna Ushkowitz plus new guy Chord Overstreet at the club, before appearing on The X Factor on Sunday. If you missed their performance, you can watch it here — complete with introduction by Jane Lynch and Matthew Morrison. It gave Amber Riley a chance to sing to American Idol judge Simon Cowell, after producers chose not to put her through on an early series of the show, while Jack Black and Peaches Geldof were among the star-studded audience in the studio last night. The cast are over here to promote the Glee tour, which is coming to the UK in Summer 2011. 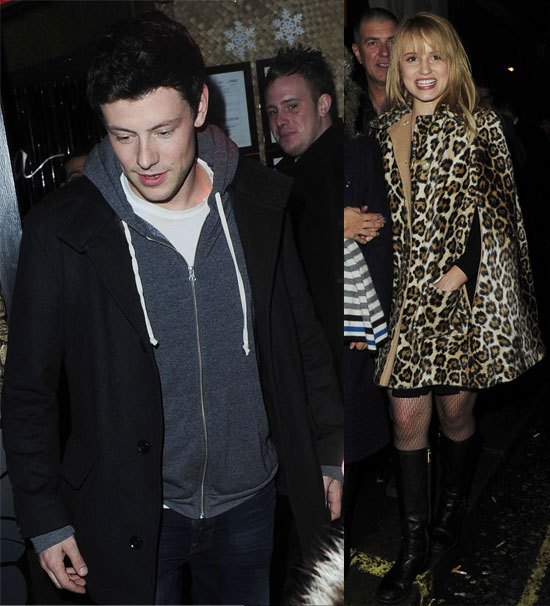 To see more photos of the cast out in London, just read more.

Celebrity Interviews
Harry Shum Jr. Is Just Excited as We Are About Crazy Rich Asians 2: "The Love Is There"
by Kelsie Gibson 27/9/21

Celebrity Deaths
Naya Rivera's Family Honours Her on Anniversary of Her Death: "Your Endless Energy Lives On"
by Kelsie Gibson 08/7/21