Gossip Girl season 4 stared airing on ITV2 this week, and in New York the cast have been filming for upcoming episodes. Leighton Meester and Ed Westwick filmed a scene together, where Blair looks set to be dragging Chuck somewhere, and Chace Crawford was also spotted on set chatting to Ed between takes. Their castmate Blake Lively has said her sex scene with Ben Affleck in The Town is anything but hot. Meanwhile rumours of Chace and Kelly Osbourne have been put to rest by Kelly's appearance on Ellen DeGeneres' show saying that she is not over Luke Worrall. 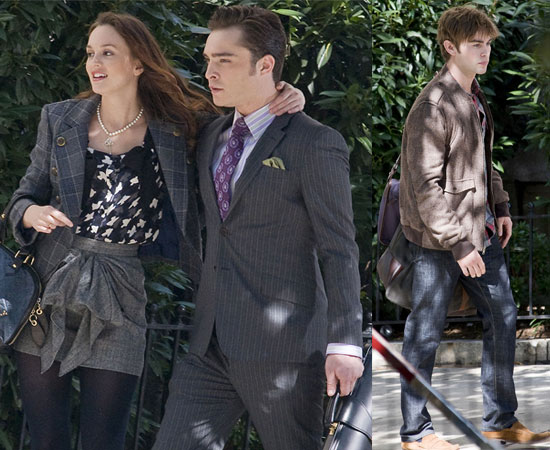